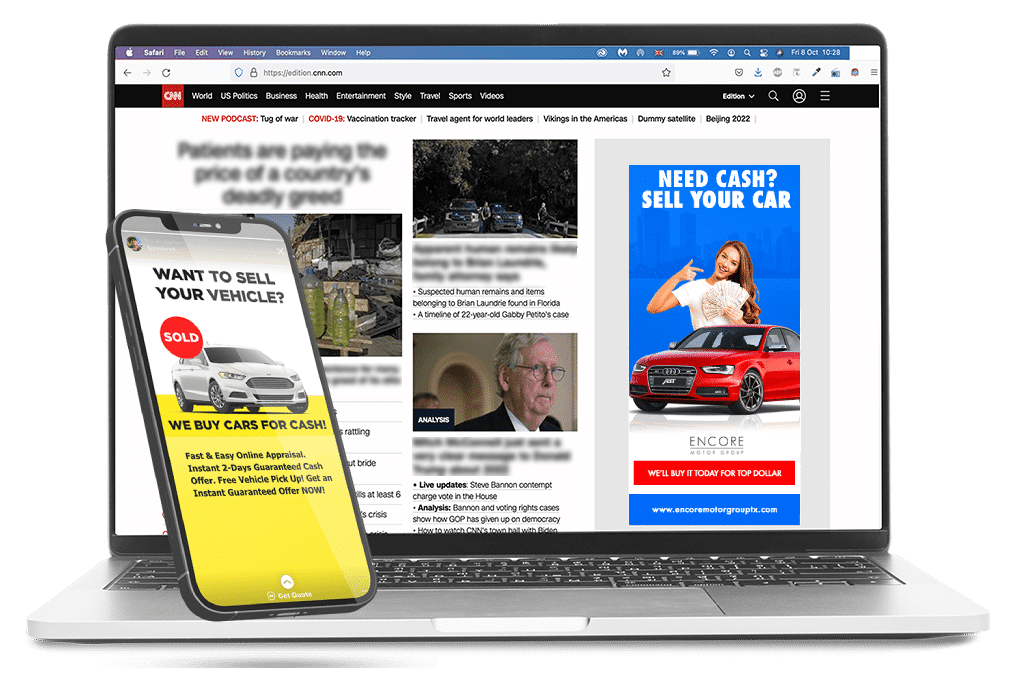 During the early days of the pandemic, a dealership that’s been using V12 for a long time was already running a very successful Facebook lead-generating campaign.

They had one problem.

They were selling cars faster than they could buy them. They could not keep up with the high demand.

During one of their calls with their marketing advisor that V12 provides, the problem was brought up.

We suggested they keep their ads running as not to lose the momentum at which their ads were performing. We also advised they added a “We Buy Cars” campaign that targeted private owners looking to sell their vehicles.

The dealer gave it a shot, and the results shocked us all.

We ran the campaign for 30 days and the results were as follows:

The dealer also told us he had saved more than $3,500 by buying from private sellers instead of auctions!

Do you want your dealership to become a success story?